We are who we are (albeit in process). Love is love. 'Nuff said.

We are holistic beings. Categories and labels help in some ways, and yet we must never forget every group of which we are a part is truly heterogeneous.

There is also an interconnected nature between and within social categorizations such as race, class, and gender as they apply to a given individual or group. This aids in understanding overlapping and interdependent systems of prejudice, discrimination and disadvantage.

I'm an Upper-middle-class Professional Able-bodied Middle-aged White American Male. So on the one hand I get that I'm the freaking poster child for privilege. And yet I also know that I'm still so full of my own implicit biases I need help seeing where my blinders are. I'm responsible for my own growth, and I am realistic enough to know I can't do it on my own; I need help since I don't know what I don't know. Here's just one example: 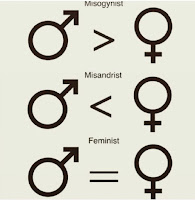 The point of the word feminist, and the feminist movement, has never been to say that women are better than men. The point is that women and things associated with women have been given a lesser place in society and we want to bring those things up to a place of equality.

The focus is on the feminine because that is what is being pushed down. However, focusing on the feminine does not mean we're focusing only on women. Men are belittled and called "less of a man" anytime they portray a trait that is associated with femininity. If women and the feminine were seen as equal to men and the masculine this would not happen.

The point is to raise up the feminine so it is on the same playing field that the masculine is already on. Feminists don't want men to lower themselves, they just want them to make room for women.

Now consider the other descriptors in my privilege, like Upper-middle-class, or American. And not just each one in isolation, but in combination as a White Man, or a Professional White American.


Traitor to the System

As I learn to shut up, sit down, back off, and really listen to the voices of those around me, I'm learning our societal systems are in need of change. So if you're a person of privilege like me, don't expect me to get on your bandwagon. Instead, I invite you to sit down next to me and listen to the voices around us. We've been in power for way too long. It's long-past time to use that power to make things better. 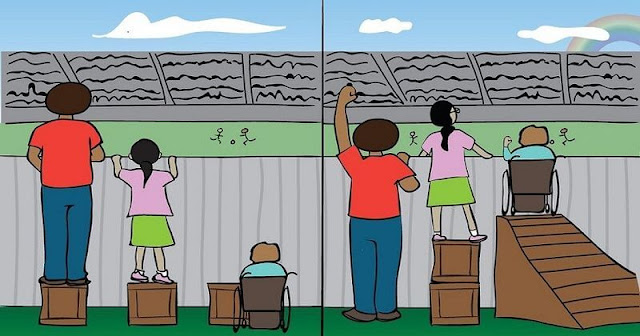